Frija is a new tool (successor of now depreciated tool SamFirm) which allows users to download latest firmware for device which can be flashed with Odin.
Frija can download Firmware for any Samsung Devices at High Speed.
Auto mode detects any Samsung Phone Model and CSC and finds all required information directly from Samsung Server.
Frija downloads firmware directly from Samsung FUS (Firmware Update Server) without any third party websites being involved. It can pause/resume firmware downloads, even after network interruption, or app restart (if download was interrupted).
Frija comes with built in Support form, through which you can reach out to developer about any issues or bugs. Frija has built in App Updater, whenever new release of Frija is available users will be able to update to latest version of app.
Frija does not have any Background or Startup services, which some users might be concerned about. 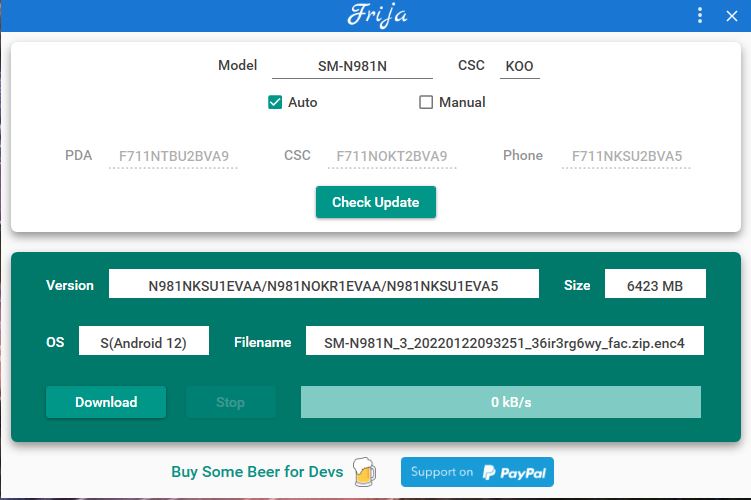 1.1.2
• Improved firmware search.
• Fixed issue where firmware was not available for valid Device and CSC.
• Updated some message strings displayed to user

1.4.4
• Fixed an issue where if firmware paused and resumed after downloading more than 1.9 GB failed to download complete firmware
• Added invite link to Frija Discord